Earlier this year, I was engaged for a Starwars themed Parkour & fight performance for McDonald’s China based management.

We had 3 rehearsals in total for this show, 2 offsite and 1 onsite.

Check out the behind-the-scenes video below to take a peak behind some of the funny moments during the journey towards the final show!

The theme of the whole event, and not just our portion of it was to be deeply packaged with the look and feel of the Starwars cinematic universe.

We were to be the grand opening act, beginning right as the 18 thousand pax crowd settles into their banquet tables.

Ending with the introduction of the higher management and the CEO onto stage.

The 10 minute long show can generally be broken down into 3 portions; the entrance, the battle and the victory.

The show begins with the classic theme song of Starwars, and with it, in marches the iconic Stormtroopers, performed by our partners in the show from Martial House, headed by Gordon Choy playing as a Sith(red light-saber/dark side of the force).

Next comes the dramatic entrance of the Rebels, played by my team, descending upon the stage from left and right, free-running over the multi-leveled stage.

In reaction the Stormtroopers begins firing their weapons, lights smoke and stage sound effects enhancing the chaos. Us as the Rebels begin rolling and flipping to avoid the laser beams.

Flanking and closing in on the Stormtroopers, separate fights break out as the Rebels clash blades with the Troopers. Back and forth they go, and the Rebels begin gaining the upper hand.

Just then, the AT-AT-Walker robots march in turning the tides of the battle. Played by stilt walkers, they start raining fire down scattering the Rebels.

Caught off guard and overpowered, the Rebels retreat, with hoisting the wounded along with them.

The 3 Rebel Leaders, played by Joseph and I, along with Martin from Martial House, stays behind to battle the Sith (Gordon). The fight although 3 v 1, plays to the favor of the Sith, with his superior abilities and additional prowess brought by his control over The Force, the takes the 3 Rebel leaders down.

Just as all seems lost, the “Jedi Masters”, played by the top management of the company enters, and in unison, the bring the Sith down with their combined Force.

And through the thick smoke that has gathered on stage, emerges the CEO of the company, making her grand entrance via an ascension platform hidden within the stage.

The costumes for this show was extensive. And when it comes to Parkour performances, we are always very careful about the extra weight we don.

Other things we look out for are any buckles or hard objects that may be hazards to us when we roll or flip.

As you can see in the video, we had to swap out Nachos‘ shoulder plate into a more balanced chest piece that doesn’t have a buckle on the back that would be a hazard when he rolls.

Tiffany above, being the most adorable Rebel ever. Playing as one of the Rebels, and also an invaluable support to me when I coordinated the team.

One of the outstanding difficulty with this show is the amount of people involved. And I had to be very careful during the planning of their runs to make sure that none of their routes would collide with another runner’s.

That was the expected challenge that I foresaw when accepting the project. Below are other hurdles that came as a surprise that we had to overcome.

Initially we were informed that the projected stage construction was a massive 30 meters across. And so I had planned the running routes and duration to accommodate that scale. And we did that for the 2 offsite rehearsals, upping the ante each rehearsal.

However, comes the day when we entered the fully constructed stage during the onsite rehearsal, we realized… It was 54 meters across.

So good news and bad news. Good news; the stage was beautiful and grander than we imagined. Bad news; I had to practically reblock the entire choreography and re-teach the team. There was no way they would be able to reach their marks in time with this distance. And I sure didn’t want them to have to flat out sprint in order to cover the distance in the same music marker. 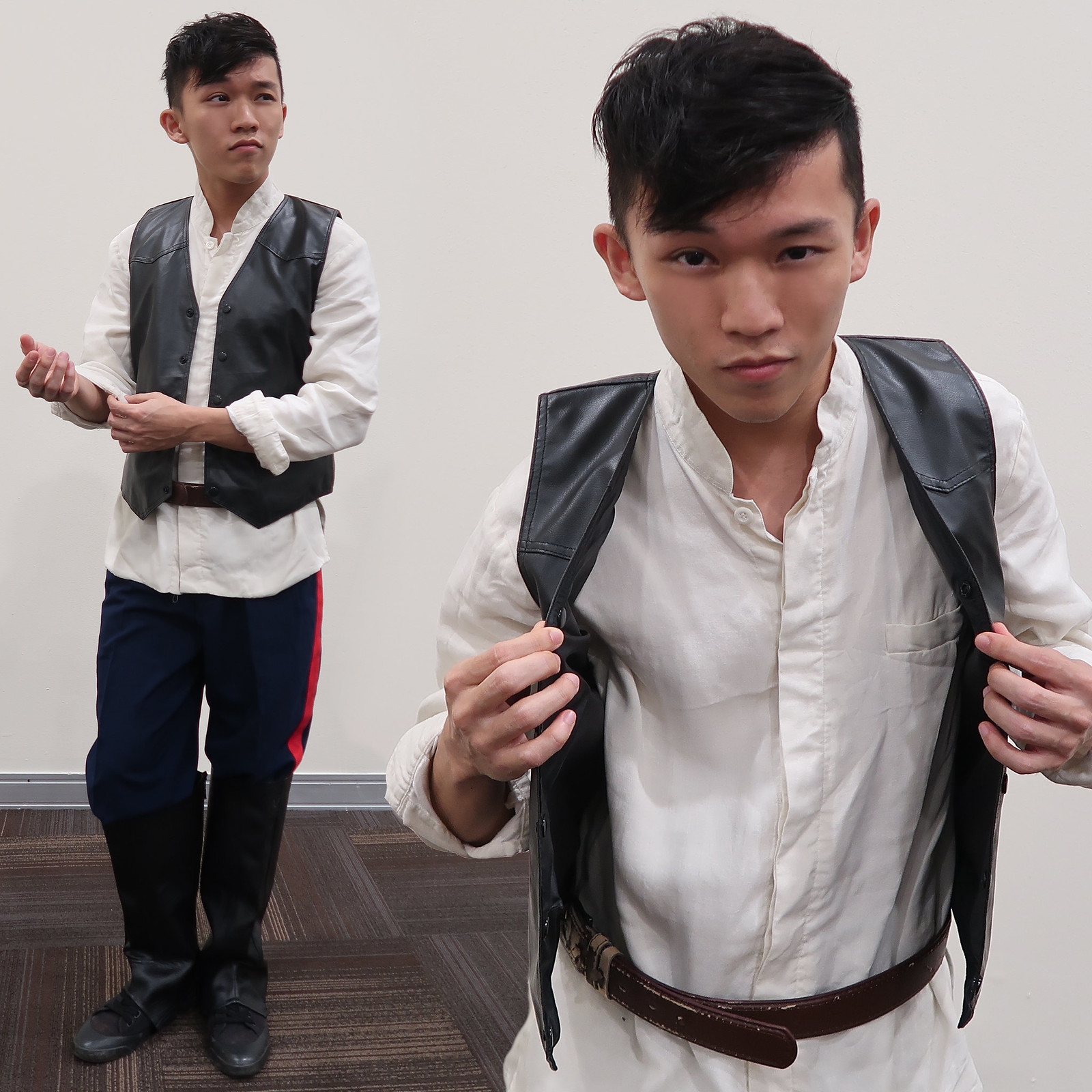 The other reason we had to re-block the lines was due to the final box placements being very different from the projected sketch up we had received before.

But that is very normal. It’s a common thing to have to readjust positions to cater to the onsite positions, and we took it in stride.

A portion of the blocking had to be shifted up the stage, as we had come to realize that the Stormtrooper helmets wasn’t quite able to perceive the same-color stair steps on the 3-tiered stage platform. Especially through the Spot and Laser lights, on top of the mist pumped out by the smoke machines.

This is another thing that happens sometimes. The organizers had overrun until 9pm, and then subsequently to 10pm. Leaving my team only a single hour to rehearse, and re-block all the above mentioned choreography.

It was quite a shock, as our booked rehearsal slot was supposed to begin at 8pm. But again, this isn’t anything new to us, and we worked with what we had.

It was difficult to get clear footage of the actual show, and so I had cut the 10 minute show into a 2 minute highlights version.

We had set up 1 cam locked onto one of the 2 massive LED screens next to the stage displaying the show. And another 2 camera manned by our friends Ellen Tan and Valentino roaming and tele-lensing from off-stage. And hence please excuse the chaotic performance edit 😀

All in all it was a super fun epic experience! Once again, great job team!