Earlier this year, I was engaged for a cosplay themed action comedy performance for Hewlett Packard (HP) by Wildfire Entertainment.

In preparation for the show, we went through 1 x offsite rehearsal, and 1 x onsite rehearsal on the day before the show, and another onsite walk-through on performance day. Unlike the martial arts performance I choreographed for NTU, this performance had a shorter preparation time frame, but I got to work with a team of experienced and skilled cast. The behind-the-scenes video below documents the conceptualising stages, as well as some of the difficulties we had encountered and subsequently overcame.

In this article I will discuss more in detail those obstacles we encountered, and the things we had learned from it. This was my first time collaborating with the awesome Wildfire Entertainment on a performance with such concept – action comedy performance. Thus the final parts of this article will talk about some of the new standard operating procedures (SOPs) I think would make the following shows to come, transition smoother from preparation to show.

I mentioned “Action Comedy Performance”, but this wasn’t originally so. The seed concept that grew the show were the cosplay aspect of it. There was an initial plot prepared by Wildfire, and it was this: 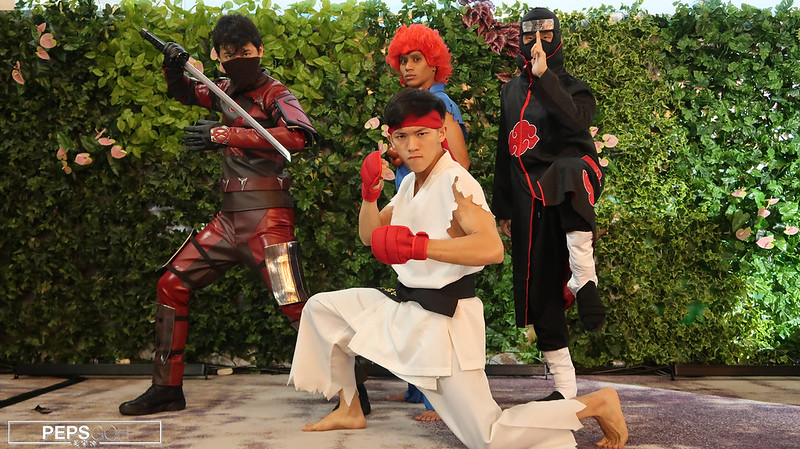 Ryu from street fighter enters and find a special object laid upon the stage, and he then protects it from 3 villainous characters that enters. Outnumbered, just as the hero seems to be defeated, the staff from HP rushes out and helps the hero up, upon seeing that they are outnumbered, the villains flee. Ryu then presents the special object to them in thanks and be on his way. Event officially begins and the screens play the opening welcome.

Eventually the entirety of this plot wasn’t used due to several changes from the client side, but the general flow of the performance we retained it. 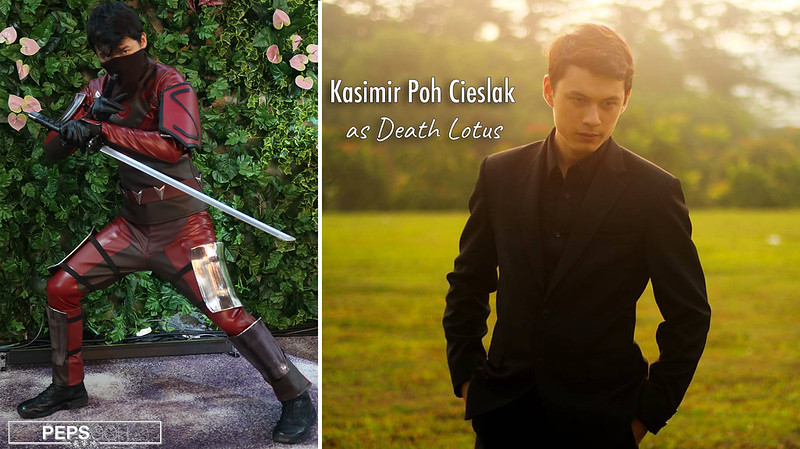 Kasmir Poh Cieslak is an actor and a screen combat stunt person well-verse in a number of martial arts. Here he plays Death Lotus from Runescape. In the role, he utilizes some Kendo inspired sword flourishing, and eventually kick-boxing upon being disarmed. 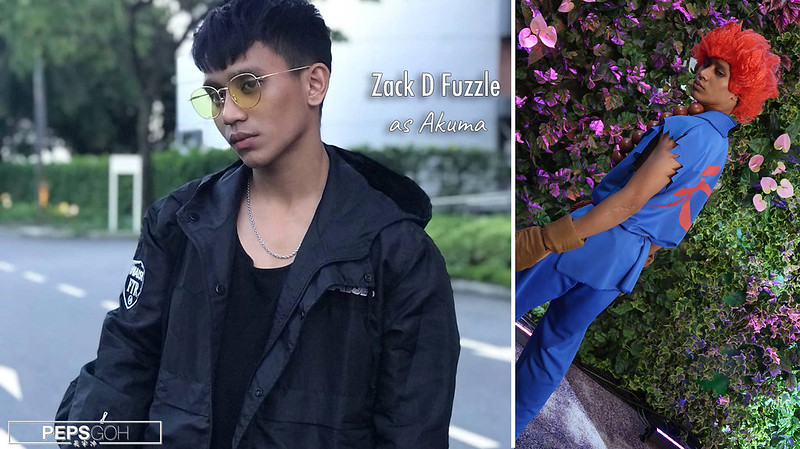 Zack D Fuzzle is one of the highest level parkour practitioner locally, and well-versed in martial arts tricking. In this show he plays the popular Akuma from the Street Fighter franchise. Capitalizing on his acrobatic abilities, he combines aerial maneuvers with karate-resque hand-to-hand strikes. 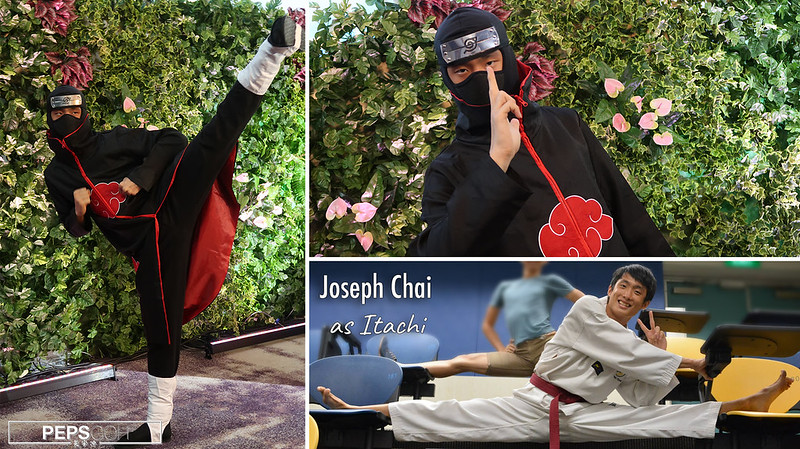 Joseph is a stuntman specializing in Taekwondo and martial arts tricking. And he is dressed as Itachi in his Akatsuki uniform from the Naruto series. Here he performs the fights predominantly with his well-practiced kicks and spinning kicks.

Limited Stage Space:
Space constraints is the number one problem we had on this show. The moment we had arrived, it was clear that the stage wasn’t big enough for the 3v1 fight blocking we had prepared for. And we had thus proceeded to re-block the choreography to accommodate the space. 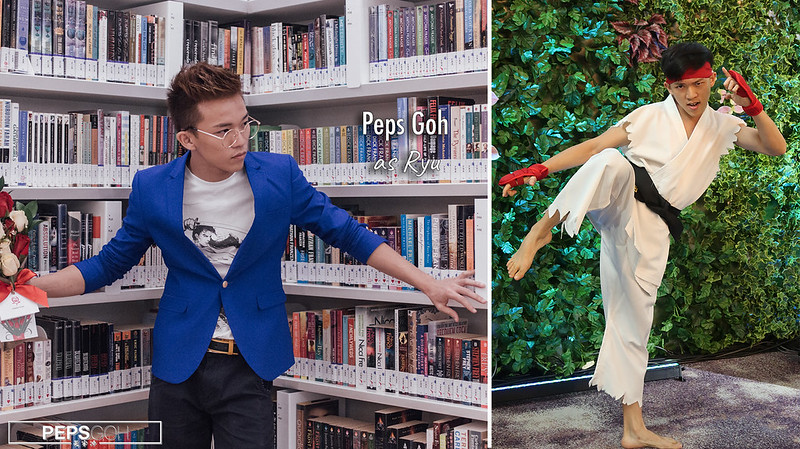 Objects on Stage:
And on top of the stage being small, we were then informed that there was to be a drum-set on stage that they couldn’t remove. However, this is a more common problem than you would expect. No biggie, we proceeded to re-position the choreography to accommodate that.

While common as it may be though, it is not encouraged especially when it comes to a stunt based performance, where safety is paramount. The event organizers has to do their part to either remove those hazards, or inform us as early on as possible on the existence of these obstacles on the performance space.

For my part, I could have done better in requesting for more details in specifics when it comes to the exact size and layout of the stage area, and the objects that would be on stage.

Concept Change:
Upon seeing the onsite run, the event organizers decided that they would like the performance to be more amiable, as they had then realized the action nature of the concept they had requested may seem a little too violent to the audience.

And in accordance with the request, we had then adjusted the action genre into an action comedy performance that is the eventual show. I have to applaud the team for being such well practiced performers to be able to adjust so quickly. Changes to the core tone of performances are tough on the performers and choreographers alike, but it all turned out fine.

Looking forward however, there are several things we could do to prevent adjustments of this nature via a more systematic communication chain with the clients, and that is something that I have to improve upon as the choreographer.

Looking forward, there are 2 things that comes to mind when I thinking of where I could improve on in order to provide a better service in shows to come.